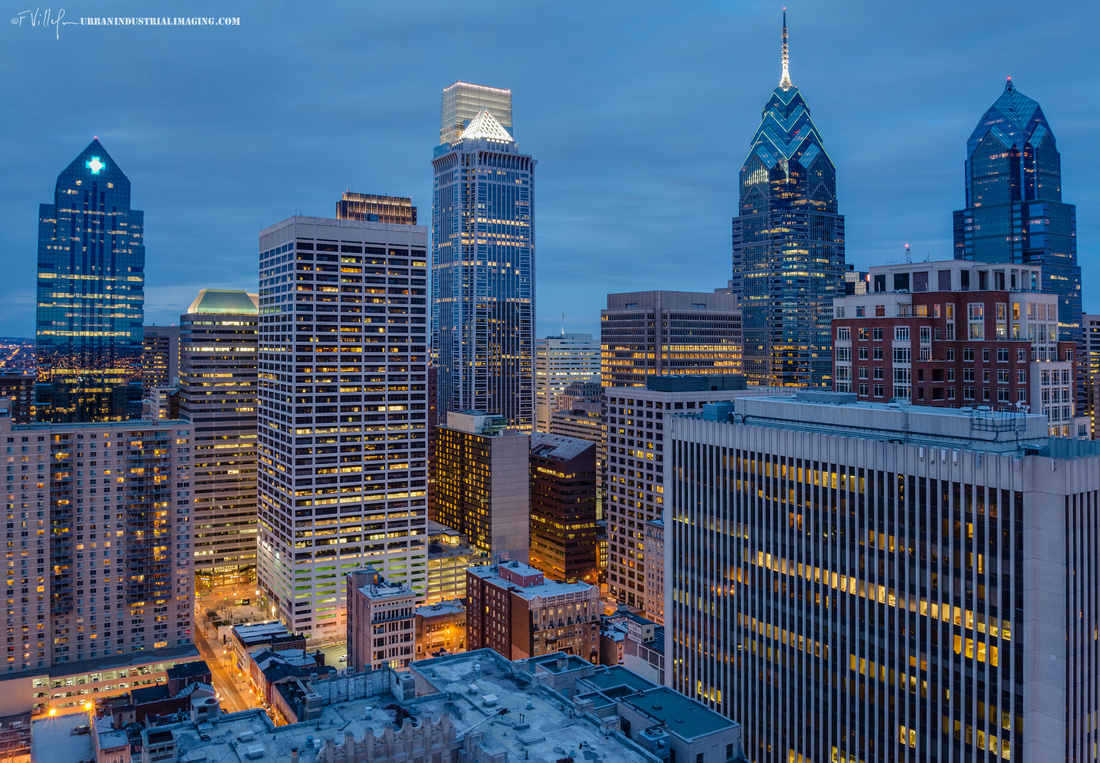 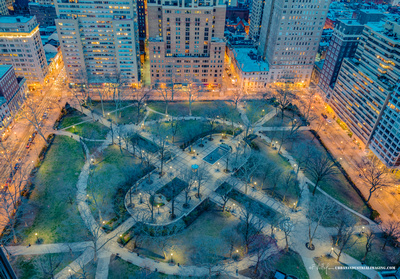 The images above and to the right were both taken from atop the roof of the Rittenhouse Hotel in Rittenhouse Square, one of the more interesting parks in Philadelphia.  Flanked by highrises, Rittenhouse Square is known for its  4-star hotels, restaurants and condominiums.

I want to personally thank the management of the Rittenhouse Hotel, particularly Mr. Gary Van Niekerk for enabling me to photograph from the rooftop.  Shooting from 33 stories straight up certainly does take one's breath away.

The view from the Rittenhouse Hotel roof is stunning...the entire city of Philadelphia sprawls out below and absolutely EVERYTHING can be seen with crystal clarity. 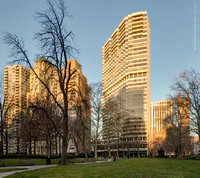 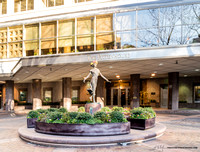 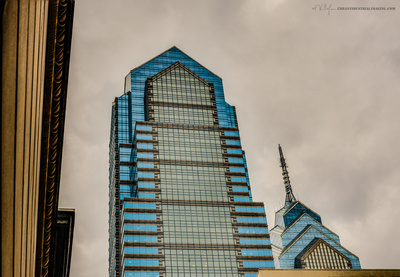 Images of The Rittenhouse Hotel (left).  All taken at ground level from Rittenhouse Square park.

The Blue Towers (what I affectionately call these colorful buildings) pictured at left are immediately recognizable from as far away as Camden, NJ, and are a prominent part of the Philadelphia skyline. While walking the streets of Center City, they are never very far away, and serve as a constant reminder to "just stop and look up".

We (my fiance and I) stayed in the Sofitel, a wonderful old-world French hotel situated just a couple of blocks from Rittenhouse Square.  I will be posting some more images from Philadelphia in a future post, including images taken at the Sofitel.  If this sounds like a travelogue...well, it is in a way.   I wanted to pay tribute to all the wonderful people in Philadelphia and the tremendous opportunities they have offered me in photographing this beautiful city.

I'm planning another trip to Philadelphia in the Spring/Summer and will feature a great many more images of Center City. 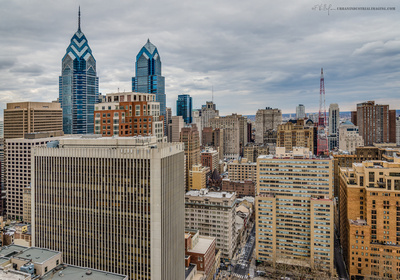 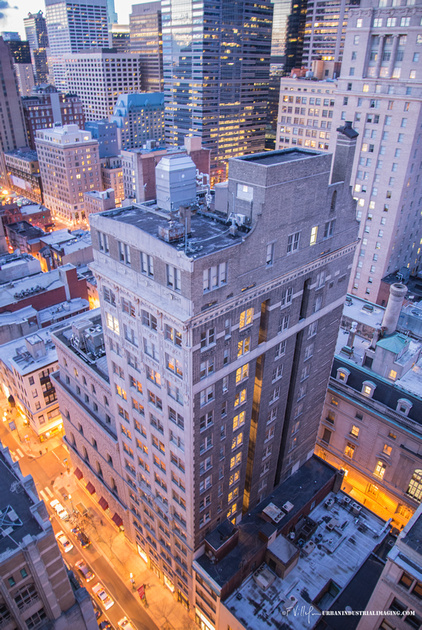 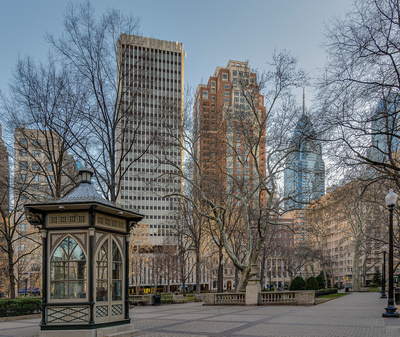