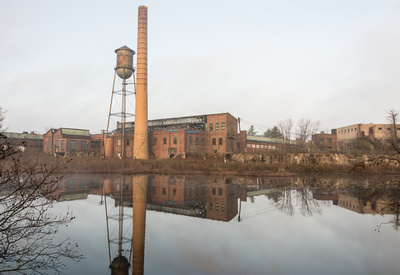 Digital photography, as an art form, is not unlike music: in the same manner one    composes a song, one "composes" an image.  If music should say something to the    listener, an image should also "say" something to the viewer. One speaks of finding      their "voice" to establish a style or a genre of expression - so in music, so with digital photography. As a published, performing musician, I have found my muse.

My photographic voice and style:

My introduction to photography included a

chance encounter with Photoshop on a weekend shoot with  a Nikon D5100 and a lot of encouragement from my fiance - and I have been captivated ever since. I capture gritty, stark, surreal images depicting Man's struggle to overcome his environment. These usually portray machinery and/or large structures   in appealing urban landscapes. But I also render urban decay, with its own special bizarre allure. Abandoned warehouses, bridges, buildings, "cityscapes", planes, ships, trains or trestles...all snapped   in full, raw detail.

As a child, I was always fascinated by large structures and machinery. One of my earliest memories are of living in Bayonne, NJ when at four years old I first crossed the Bayonne Bridge into NYC and saw my first "skyscraper"...it was an epiphany. So when communicating my vision,  I strive to photograph the subject from the perspective of a child - that is, from beneath, thus emphasizing the structure's immensity and grandeur.

I have an affinity for black and white - color can sometimes be a noisy distraction, whereas the purity   of black and white often preserves the original intent and vision I wish to convey. That said, I shoot full-frame in both color and black and white. My technique is one of exposure fusion where I blend a series of exposures in post-processing.

Dense detail and contrast are my preference. 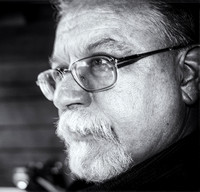 Frank's education centered primarily in the sciences, with two years spent at the Air Force Academy, followed by  another one and one half years at Rutgers University, majoring in the Biological Sciences with a minor in Computer Science. While at Rutgers, he also minored in music and had the great fortune of studying Keyboard Harmony and Jazz Piano with the great Kenny Barron. He has spent the last 30 plus years as a Software Engineer working on a variety of computer systems, and for those same 30+ years Frank has also been a performing musician playing Latin Jazz. Frank has studied photography with the likes of Charlie Borland, David Nightingale and a variety of other photographers via courseware, and currently studies with Nancy Ori.